In order to grip and deposit breakwaters precisely, to protect coastal infrastructures, ACIMEX designs reliable mechanical handling equipment that works even in the most aggressive marine environment. 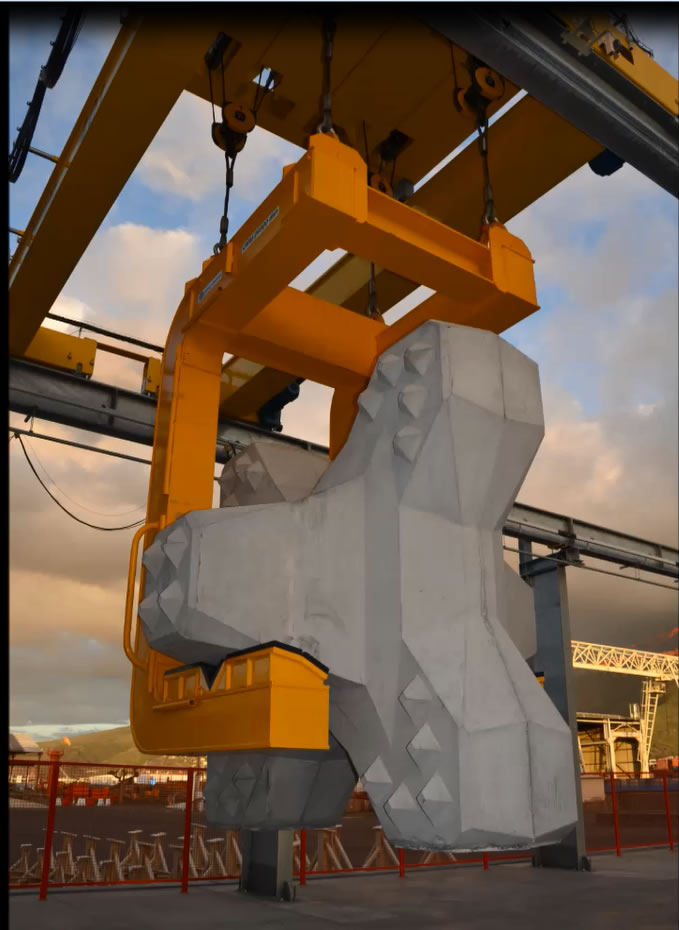 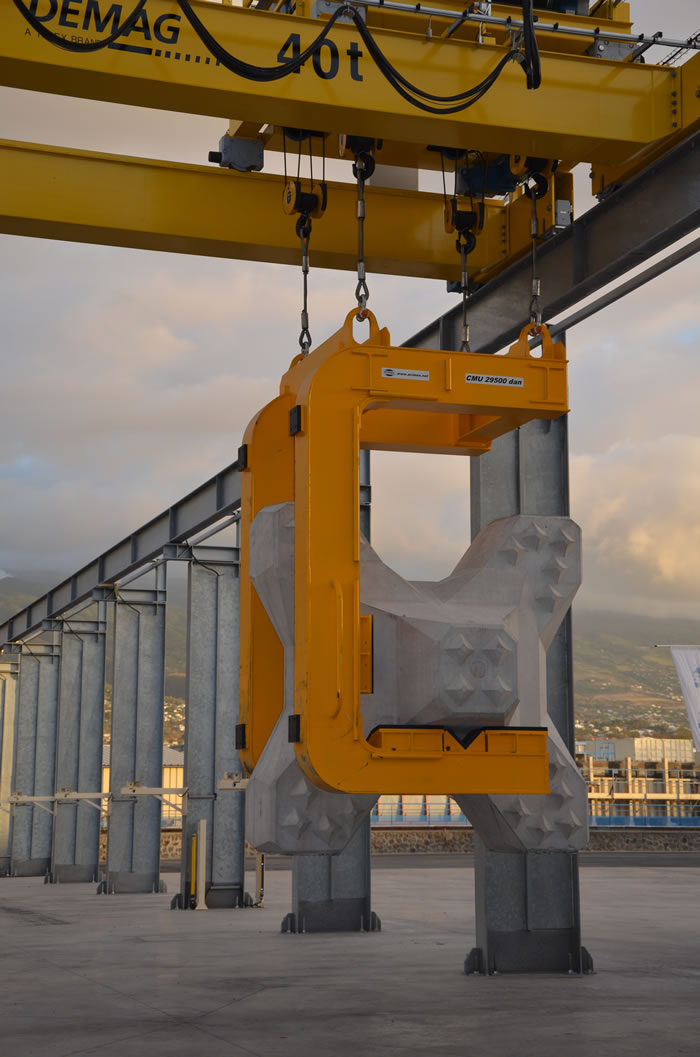 For a long time, rough rocks or concrete blocks were used to counter heavy sea weather and to limit coastal erosion. However, these blocks did not resist the huge force of waves and eventually broke because of their unsuitable shapes. In order to help minimize the impact of waves, the Laboratoire Dauphinois d'Hydraulique launched an innovation with the Tetrapod, a concrete block with four limbs and a curved profile.

Improved in the 1980s by the same company (Sogreah which went on to become Artelia) and renamed ACCROPODETM, this concrete block is the precursor of many other products such as the CORE-LOCTM, ECOPODETM, ACCROPODETM II blocs, Xbloc®, the A-Jacks®, the Xbase®. They all have the same purpose: to protect coastal infrastructures by reducing the force of waves as much as possible. 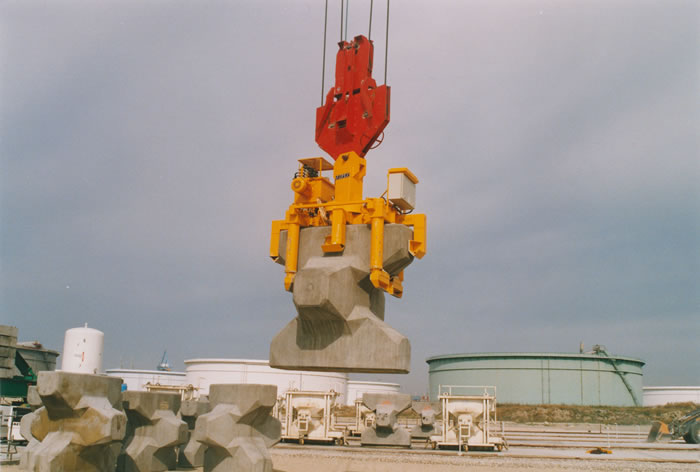 Store efficiently with the ACIMEX C-hook

In order to move breakwaters on working sites, ACIMEX offers its clients the use of a C-hook. This product allows the handling of concrete blocks on sites, by simply fixing itself on a trolley or a travelling crane. With the C-hook, blocks can be stored together more quickly, so as to allow technicians to lift and position them on dams.

Flexible handling with the ACIMEX breakwater grab and the drop table

Custom-designed breakwater grabs ensure the accurate positioning of breakwaters owing to their various inclination and rotation functions. They are also used to grip blocks when moving them with a travelling crane, a stacker or a forklift truck from the production building to the storage area..

The breakwater grab meets all the technical specifications necessary for the precise positioning of breakwaters according to a pre-established layout. Evidence of this is provided by VINCI and CLI, who work in the construction and consolidation of dams in port areas using ACIMEX machines.

In addition to this specific grab, ACIMEX is now offering an alternative in order to facilitate the grip on breakwaters : the drop table. This system allows the fast handling of concrete blocks and at the same time guarantees added security. The drop table fixes itself on an excavator or a cable crane. For this product, ACIMEX is working with MESURIS, world leader on this expanding market.

ACIMEX, the expert in heavy handling, can work with you on your projects. Please contact us or ask us for a quote.